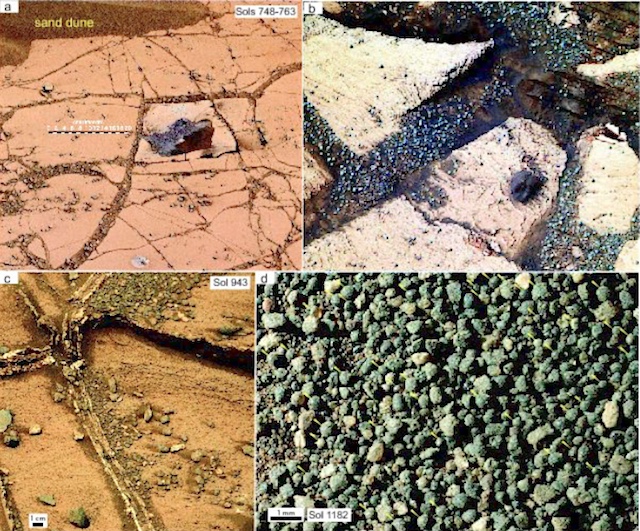 [Editor’s note: From a paper by Andrew Tomkins and six co-authors recently published in the Journal of Geophysical Research.]

High survivability of micrometeorites on Mars: Sites with enhanced availability of limiting nutrients

NASA’s exploration program has allowed the scientific community to demonstrate clearly that Mars had a watery past, so the search for life needs to move on to identifying the places where water and nutrients coincided.

We have investigated the relative abundance of micrometeorites on Mars compared to the Earth because these contain key nutrients that the earliest life forms on Earth used, and because their contained minerals can be used to investigate past atmospheric chemistry.

We suggest that micrometeorites should be far more abundant on the Martian surface than on Earth’s, and that wind-driven modification of sediments is expected to concentrate micrometeorites, and their contained nutrients, in gravel beds and cracks in exposed bedrock. [More at link]