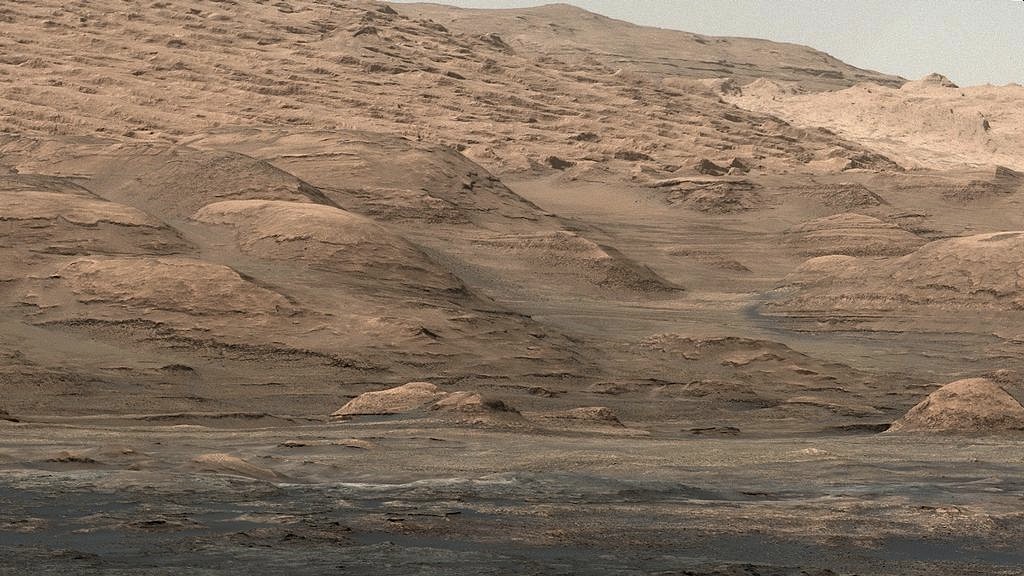 This view from the Mast Camera (Mastcam) on NASA’s Curiosity Mars rover shows dramatic buttes and layers on the lower flank of Mount Sharp. It is a mosaic of images taken on the 387th Martian day, or sol, of Curiosity’s work on Mars (Sept. 7, 2013). The rover’s location was near a waypoint stop called “Darwin” on the drive from Yellowknife Bay toward an entry point to reach the mountain. Colors have been adjusted to show the rocks similarly to how they would appear under daytime lighting conditions on Earth, though slightly tinted with effects that airborne Martian dust has on illumination… [More at link]