Hunt for signs of Mars life might erase them 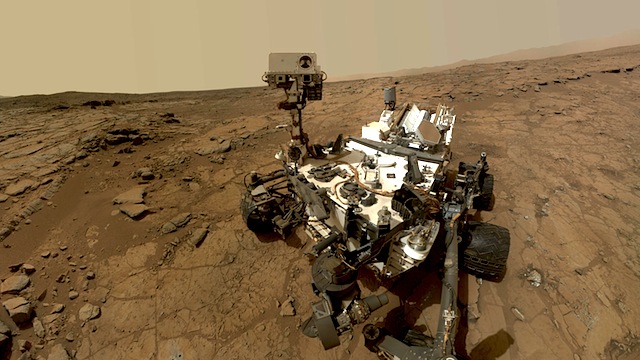 Scientists have discovered that the mineral jarosite breaks down organic compounds when it is flash-heated… Jarosite is an iron sulphate and it is one of several minerals that NASA’s Curiosity rover is searching for, as its presence could indicate ancient habitable environments, which may have once hosted life on the Red Planet.

In a new study published in the journal Astrobiology, researchers from Imperial College London and the Natural History Museum replicated a technique that [Curiosity's Sample Analysis at Mars (SAM) instrument] is using to analyse soil samples in its quest to find organic compounds. They tested a combination of jarosite and organic compounds. They discovered that the instrument’s technique — which uses intense bursts of heat called flash-heating — broke down jarosite into sulphur dioxide and oxygen, with the oxygen then destroying the organic compounds, leaving no trace of it behind… [More at links]