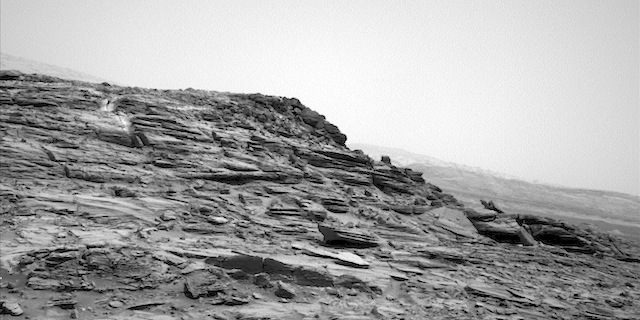 Sol 1003-1004, June 1, 2015, update from USGS scientist Ken Herkenhoff: Today is the last day of MSL tactical operations until after solar conjunction, so this will probably be the last MSL update for a few weeks. Ryan Anderson and I are both on shift as payload uplink lead today, but because the instruments we’re representing (ChemCam and MAHLI/MARDI, respectively) are already standing down in preparation for conjunction, our efforts have been focused on planning for the resumption of activities after conjunction. We don’t know precisely when tactical planning will resume, as the ability to communicate with spacecraft as Mars passes behind the Sun depends on variable solar activity. The expectation is that… [More at link]