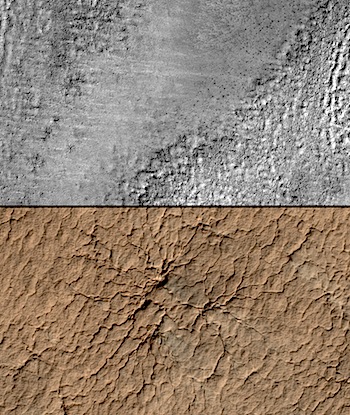 Science-team members for NASA’s Mars Reconnaissance Orbiter are soliciting help from the public to analyze exotic features near the south pole of Mars. By categorizing features visible in images from the orbiter’s Context Camera (CTX), volunteers are using their own computers to help the team identify specific areas for even more detailed examination with the orbiter’s High Resolution Imaging Science Experiment (HiRISE) camera. HiRISE can reveal more detail than any other camera ever put into orbit around Mars. (…)