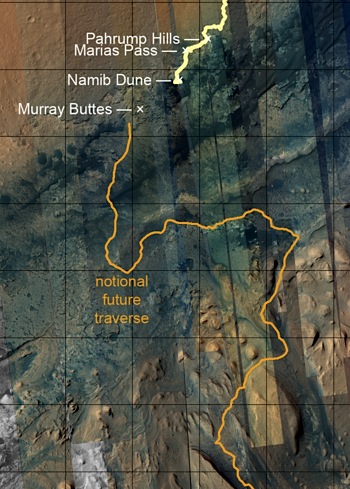 At the Planetary Society’s blog site, Emily Lakdawalla has published the third in a series of posts on tracking the progress of Curiosity using HiRISE images. (Previous posts are noted here and here.)

“This long post is an attempt to answer the question: Which HiRISE image should I use as a base map for such-and-such a part of Curiosity’s traverse? I originally published this article in 2014, and now we’re on version 3.0. There were five additional HiRISE images of the Curiosity landing site taken in 2015, of which three feature the rover and one features the lander and backshell. Here are two of my favorite views from last year…” [More at link]