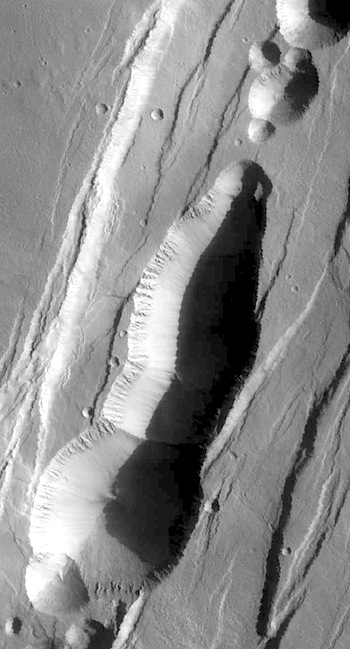 THEMIS Image of the Day, April 1, 2016. Today’s VIS image shows part of Phlegethon Catena. The linear features are created by faulting. Paired faults with down dropped block of material are called graben and are formed due to tectonic forces. The circular and lobate features within the graben are probably formed by collapse of material into underlying voids. It may be that lava flowed along the trace of the graben and left behind a subsurface lava tube. As the roof of the tube collapses the circular features are created.