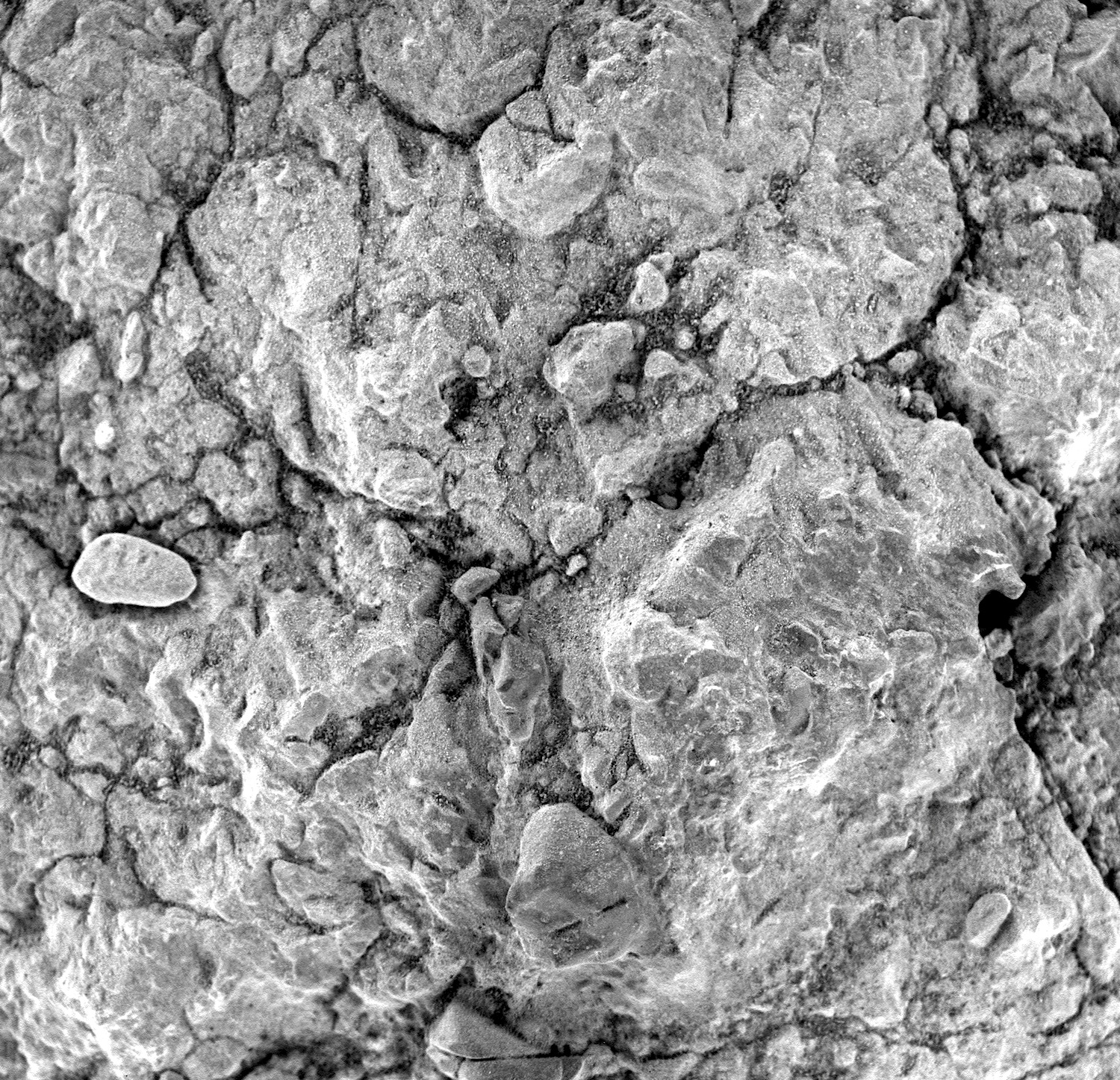 Sols 4346-7, April 15-16, 2016. Opportunity remains at the head of the valley as it shoots a multi-frame, multi-sol Pancam mosaic. This is to identify candidate targets for investigation that may be clay-rich.

At right is a four-frame Microscopic Imager mosaic of a target dubbed Pierre Pinaut, named for one of the boatmen on the Lewis and Clark expedition. (Some sources spell the name as Pineau.) Click either image to enlarge it.