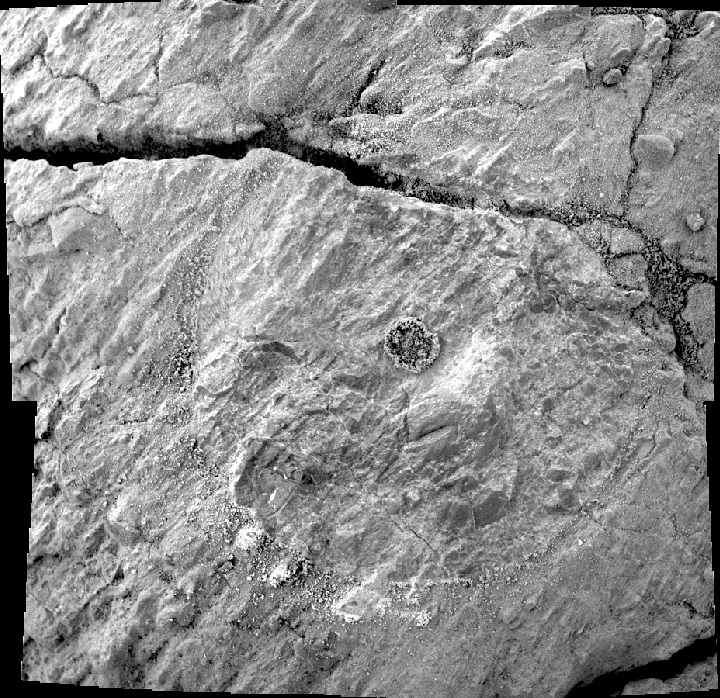 Sol 4112, June 22, 2016. Opportunity is currently in the middle of one of the clay mineral areas spotted from orbit by the CRISM spectrometer on the Mars Reconnaissance Orbiter.

The target area the rover is examining is dubbed York, named for a slave who was part of the Lewis & Clark expedition’s Corps of Discovery.

The Microscopic Imager composite image at right (click to enlarge) shows the York target area after a light brushing to remove surface dust.