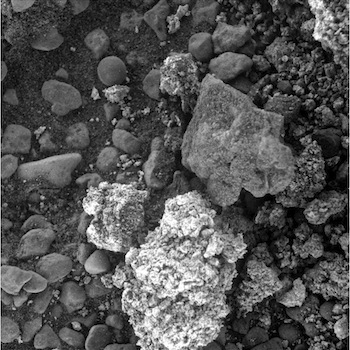 “We’re in the process of wrapping up and beginning our next adventure on Mars,” said John Callas, MER project manager at the Jet Propulsion Laboratory (JPL), home to all NASA’s Mars rovers.

In fact, the team had already been planning to have Oppy pack it up and depart Marathon Valley sooner rather than later. The writing, one might say, was put on the wall in mid-June, in the form of a panorama. With a view from the entrance of Marathon Valley where it cuts through Endeavour’s western rim, it is inviting and like the mission’s other panorama, you almost feel like you can step into the scene. But there is also a subtle, kind of melancholic beauty that exudes a “wish-you-had-been-here-because-I’ll-never-be-back-again” sentiment in countless once-in-a-lifetime postcards on Earth.

“We’re very excited about what lies ahead and the traverse plan we’ve come up,” said Steve Squyres, MER principal investigator, of Cornell University. “Our goal is to proceed southward along the rim of Endeavour Crater, and starting that as soon as we reasonably can.”

The time for roving is right. The mission’s seventh winter is safely in the past and the spring equinox in the southern hemisphere of Mars is just around the corner. The scientists have completed their work on the water story here, their robot field geologist is energized, and the mission has earned its 10th extension. “We’re on a roll,” said Bill Nelson, chief of MER engineering at JPL. “And we’re planning on laying down some tracks.”  [More at link]