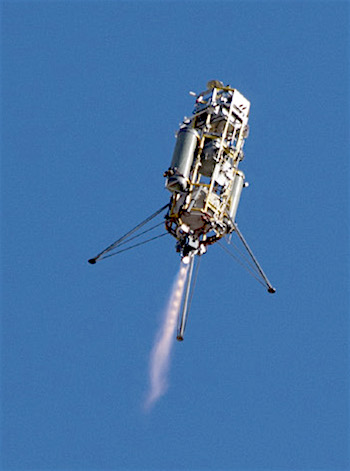 NASA tested new “eyes” for its next Mars rover mission on a rocket built by Masten Space Systems in Mojave, California, thanks in part to NASA’s Flight Opportunities Program, or FOP.

The agency’s Jet Propulsion Laboratory in Pasadena, California, is leading development of the Mars 2020 rover and its Lander Vision System, or LVS. (…)

LVS, a camera-based navigation system, photographs the terrain beneath a descending spacecraft and matches it with onboard maps allowing the craft to detect its location relative to landing hazards, such as boulders and outcroppings.

The system can then direct the craft toward a safe landing at its primary target site or divert touchdown toward better terrain if there are hazards in the approaching target area. Image matching is aided by an inertial measurement unit that monitors orientation. [More at link]