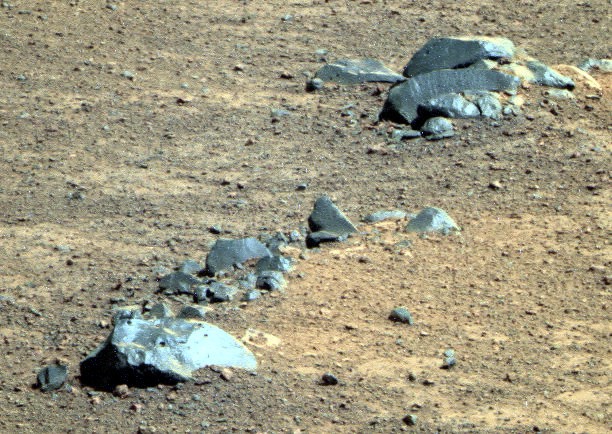 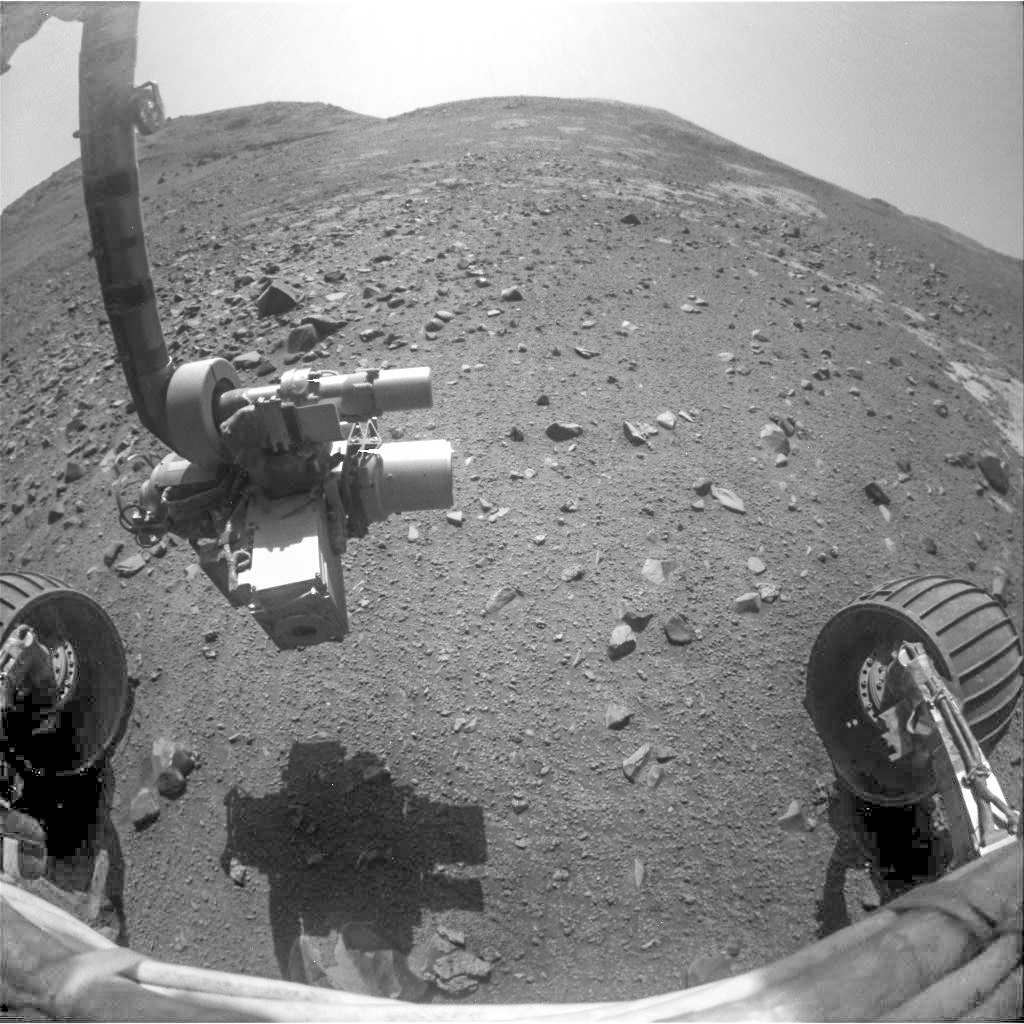 At far left lies a glimpse of Endeavour Crater’s south rim and floor. The large massif dubbed Mount Jefferson looms in the south. To the right of it stand lower and closer knobs (such as Beacon Rock, dead ahead). These obscure the crest of the Cape Tribulation rim segment the rover is currently exploring. In the foreground lie patches of exposed rock, mostly swept clean of sand and gravel, but with small pebbles on them. Click image to enlarge it. 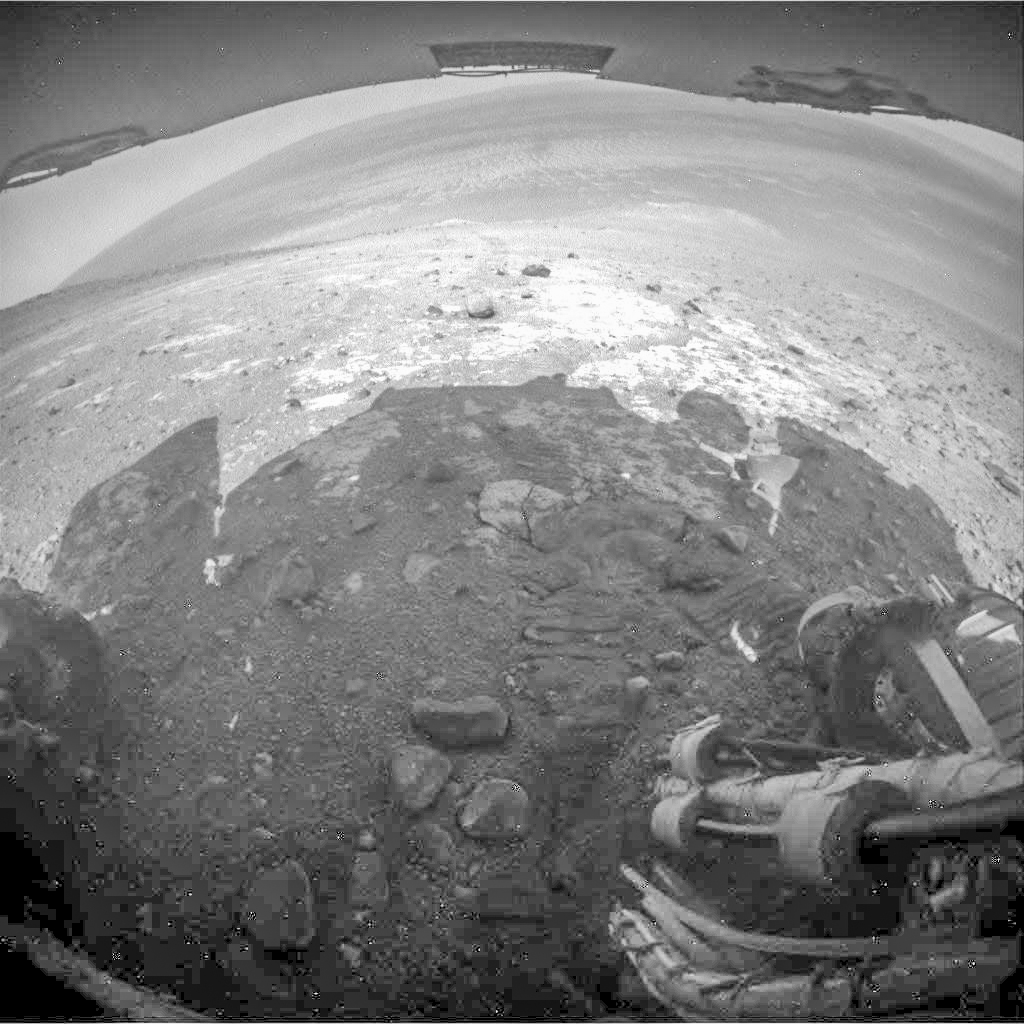 At right are (top to bottom): a false-color collection of wind-faceted rocks imaged by Pancam (Holger Isenberg reconstruction), and the end-of-drive Hazcam views (also click to enlarge).