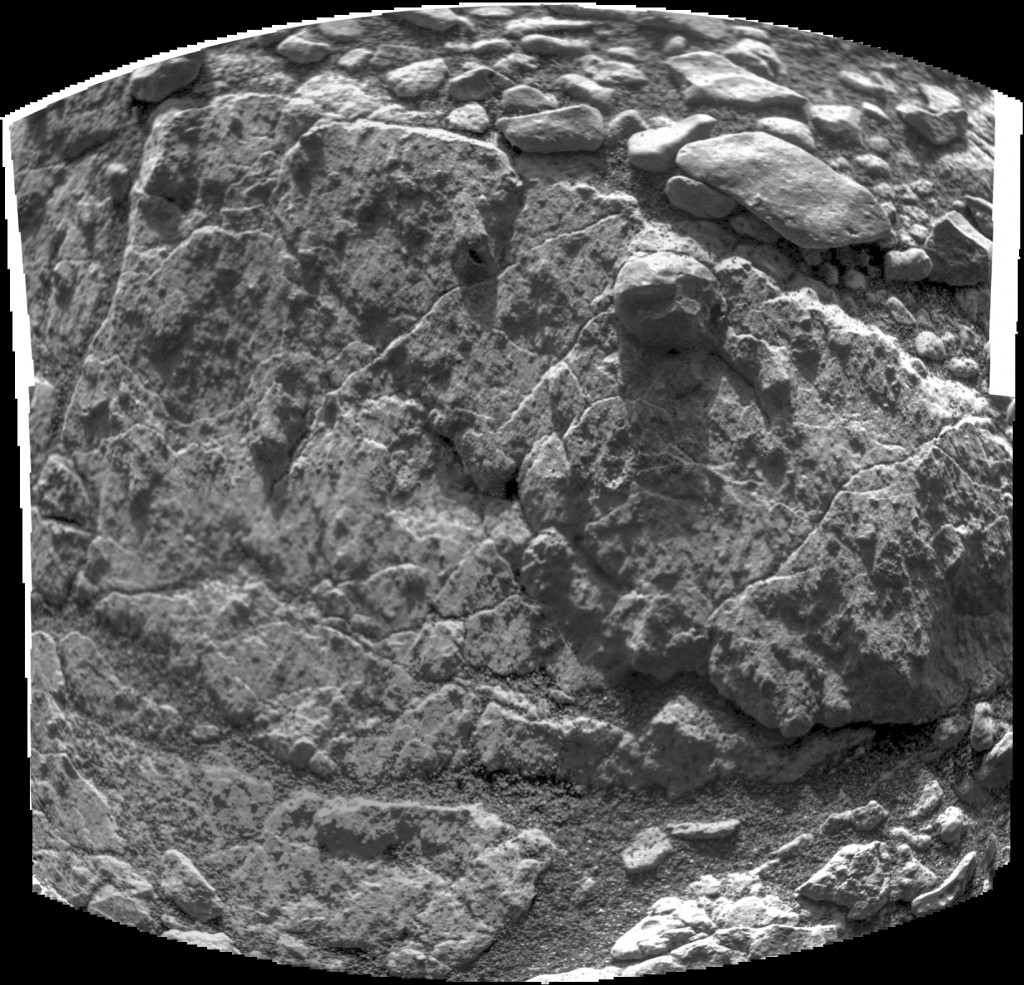 Sol 4638, February 9, 2017. As Opportunity approaches the upper end of the valley leading to the rim crest, the Pancam is scouting ahead to the exit route. Once the crest is reached, a vista should open toward the west. (False-color Pancam images by Holger Isenberg.)

At right, later in the afternoon, the rover’s Microscopic Imager examined a target on the ground named Rulo. (Click images to enlarge them.)