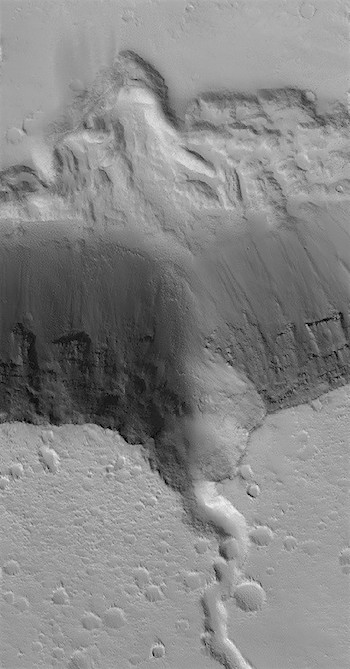 Mars’ mantle may be more complicated than previously thought. In a new study published [February 24] in the Nature-affiliated journal Scientific Reports, researchers at Louisiana State University document geochemical changes over time in the lava flows of Elysium, a major martian volcanic province.

They found that the unusual chemistry of lava flows around Elysium is consistent with primary magmatic processes, such as a heterogeneous mantle beneath Mars’ surface or the weight of the overlying volcanic mountain causing different layers of the mantle to melt at different temperatures as they rise to the surface over time. [More at links]