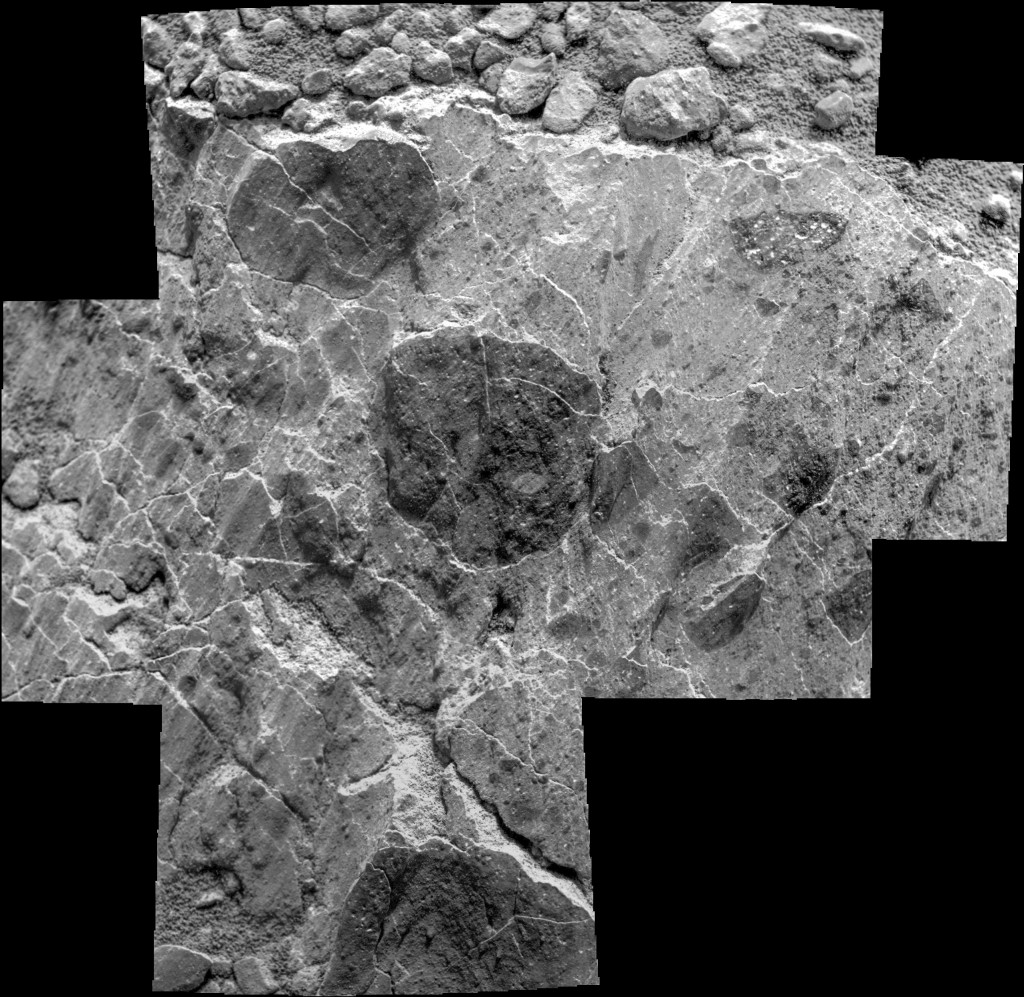 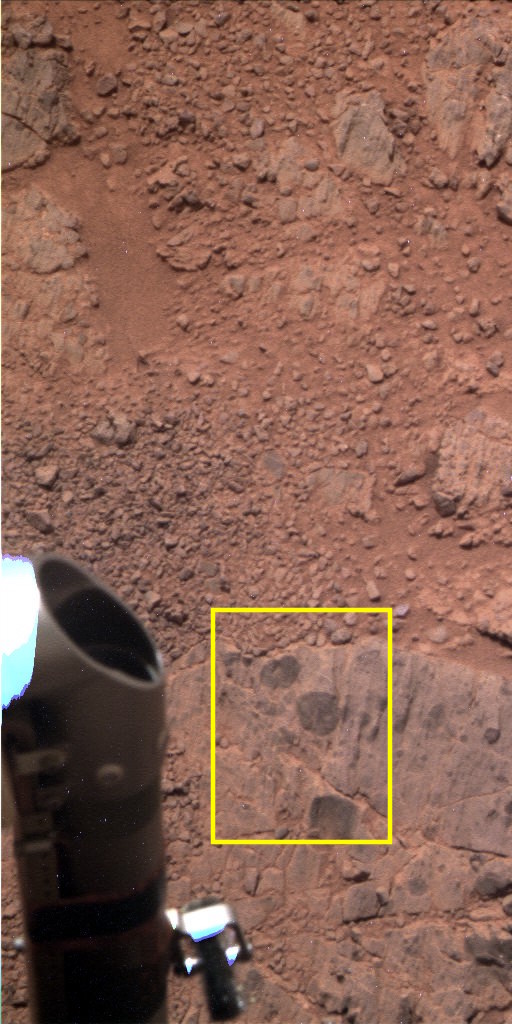 Sol 4656, February 28, 2017. The Microscopic Imager usually captures a target with four frames in a 2-by-2 array. This time, at a target named Waverly, there’s a fifth frame added. (Edit: On Sol 4657, the MI added two more frames, left and bottom, to the composite seen above.)

Note the variety of shapes (both round and angular) and light and dark tones among what look like embedded fragments.

At right is a false-color Pancam shot of the rover’s workplane, taken on the sol before, indicating the target area. (Color version by Holger Isenberg.)