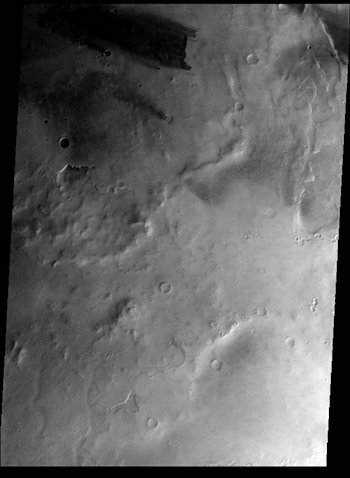 The ExoMars Trace Gas Orbiter has completed another set of important science calibration tests before a year of aerobraking gets underway.

The mission was launched a year ago this week, and has been orbiting the Red Planet since 19 October. During two dedicated orbits in late November, the science instruments made their first calibration measurements since arriving at Mars. The latest tests were carried out 5–7 March from a different orbit, and included checking procedures associated with taking images and collecting data on the planet’s atmosphere. (…)

“These dress rehearsals enable our science teams to fine-tune their data acquisition techniques including pointing commands, iron out any software bugs, and get used to working with the data, well in advance of the start of the main mission starting next year,” says Håkan Svedhem, ESA’s project scientist. “What we’re seeing so far is really promising for our science goals.” [More at link]