Sedimentary basins on Mars contain a lot more sediments than we thought! 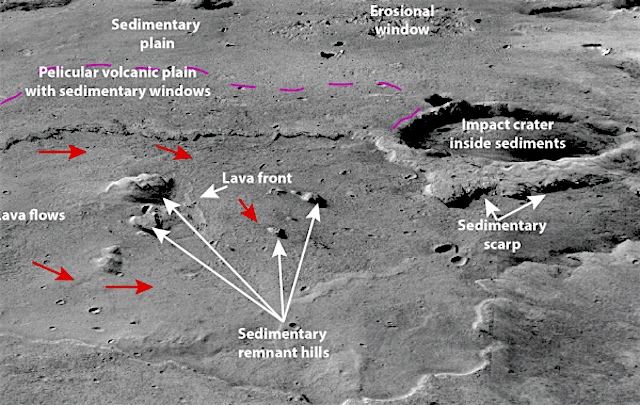 Planetary Geomorphology Image of the Month, March 30, 2017: Francesco Salese (Italian Space Agency). The nature of the early Martian climate is one of the major unanswered questions of planetary science. To date the geologic evidence that Mars once had large amounts of surface liquid water is conclusive, but geomorphic constraints on the duration for which that water flowed are much weaker.

In addition, much of the geochemical evidence points towards surface conditions that were not warm and wet for long time periods. The evidence points towards a hydrological cycle that was intermittent and not permanently active 3.8 billion years ago. However, in a recently published article myself and colleagues report that flowing water and aqueous environments formed thick, widespread sedimentary plains 3.8 billion years ago in the northern rim of the Hellas basin on Mars. [More at link]