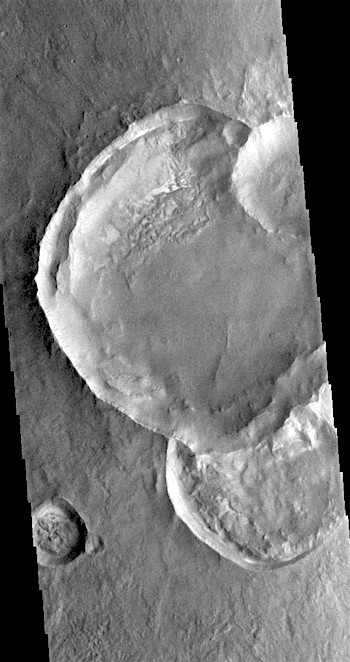 THEMIS image of the Day, June 6, 2017. Today’s VIS image is of a group of craters in Solis Planum. Because three of the craters are overlapping it is possible to determine the order in which those three were created.

While we can not say exactly when in Martian history these craters formed, we can delineate the relative order of formation. Since impacts create circular craters, a recently formed crater will create a crescent into the crater it impacts.

So the order of impact in this image is 1) the crater at the bottom, 2) the large crater in the middle of the image, and 3) the small crater mostly off this image to the right.