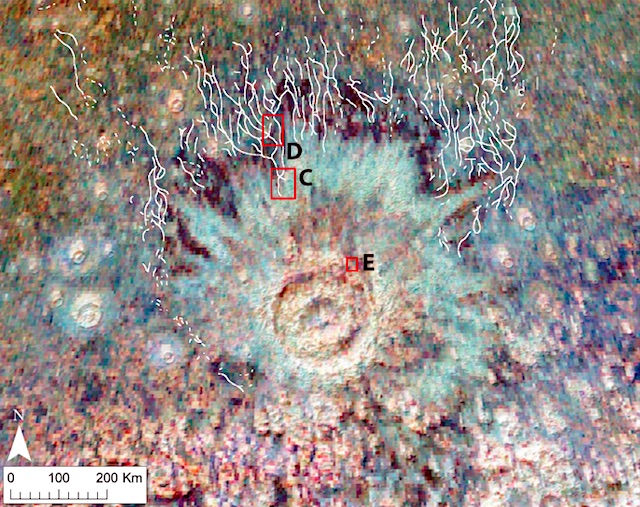 Present-day Mars is a frozen desert, colder and more arid than Antarctica, and scientists are fairly sure it’s been that way for at least the last 3 billion years. That makes a vast network of water-carved valleys on the flanks of an impact crater called Lyot — which formed somewhere between 1.5 billion and 3 billion years ago — something of a Martian mystery. It’s not clear where the water came from.

Now, a team of researchers from Brown University has offered what they see as the most plausible explanation for how the Lyot valley networks formed. They conclude that at the time of the Lyot impact, the region was likely covered by a thick layer of ice. The giant impact that formed the 225-kilometer crater blasted tons of blazing hot rock onto that ice layer, melting enough of it to carve the shallow valleys.

“Based on the likely location of ice deposits during this period of Mars’ history, and the amount of meltwater that could have been produced by Lyot ejecta landing on an ice sheet, we think this is the most plausible scenario for the formation of these valleys” said David Weiss, a recent Ph.D. graduate from Brown and the study’s lead author.

Weiss co-authored the study, which is published in Geophysical Research Letters, with advisor and Brown planetary science professor Jim Head, along with fellow graduate students Ashley Palumbo and James Cassanelli. [More at links]