Curiosity: Five years ago and 154 million miles away — 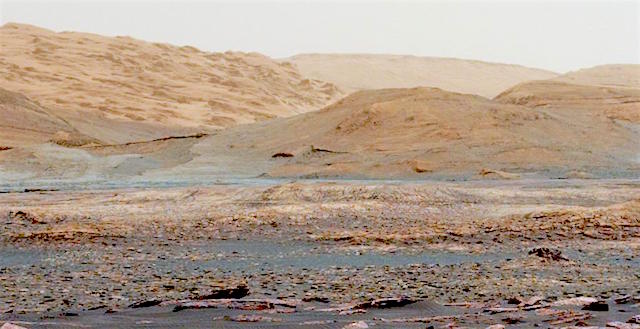 NASA’s Curiosity Mars rover, which landed near Mount Sharp five years ago this week, is examining clues on that mountain about long-ago lakes on Mars.

On Aug. 5, 2012, the mission team at NASA’s Jet Propulsion Laboratory in Pasadena, California, exalted at radio confirmation and first images from Curiosity after the rover’s touchdown using a new “sky crane” landing method. Transmissions at the speed of light took nearly 14 minutes to travel from Mars to Earth, which that day were about 154 million miles (248 million kilometers) apart… [More at link]