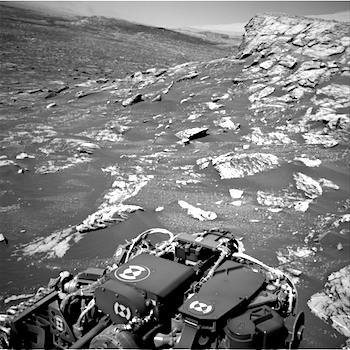 Sol 1809, Setpember 6, 2017, update by MSL scientist Roger Wiens: Curiosity is on the steepest part of Vera Rubin Ridge that it will encounter along its climb. The machine is performing superbly, having driven a 28 meter distance yestersol and having climbed 18 meters vertical elevation in four planning sols. The rover’s current elevation is -4202 meters.