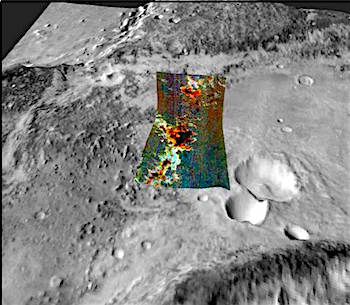 The Chryse Planitia is a smooth circular plain that has a diameter of 1600 km, and has a depth of 2.5 km below its average surface altitude, making it one of Mars’s lowest regions. Chryse Planitia was a landing site for the U.S Viking 1 (landed July 20, 1976), and the Mars Pathfinder (landed July 4, 1997). It is theorized that Chryse was once the site of a large body of water; many of the large outflow channels and ancient river valleys in the southern highlands, such as Mawrth Vallis, end at Chryse. These valley systems are thought to be evidence of past water erosion, suggesting that the water they carried flowed into Chryse.