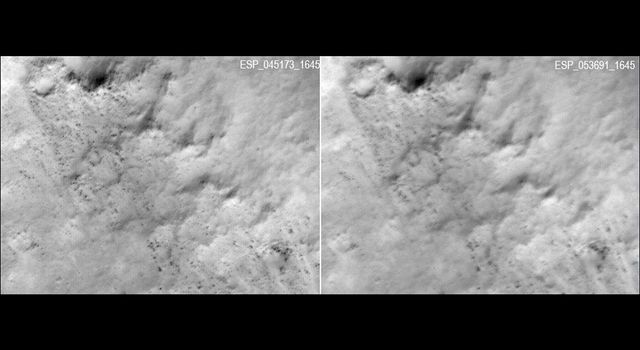 NASA’s Mars Reconnaissance Orbiter (MRO) has begun extra stargazing to help the space agency accomplish advances in Mars exploration over the next decade.

The spacecraft already has worked more than double its planned mission life since launch in 2005. NASA plans to keep using it past the mid-2020s. Increased reliance on a star tracker, and less on aging gyroscopes, is one way the mission is adapting to extend its longevity. Another step is wringing more useful life from batteries. The mission’s extended service provides data relay from assets on Mars’ surface and observations with its science instruments, despite some degradation in capabilities.

“We know we’re a critical element for the Mars Program to support other missions for the long haul, so we’re finding ways to extend the spacecraft’s life,” said MRO Project Manager Dan Johnston of NASA’s Jet Propulsion Laboratory, Pasadena, California. “In flight operations, our emphasis is on minimizing risk to the spacecraft while carrying out an ambitious scientific and programmatic plan.” JPL partners with Lockheed Martin Space, Denver, in operating the spacecraft.

MRO continues to investigate Mars with all six of the orbiter’s science instruments, a decade after what was initially planned as a two-year science mission to be followed by a two-year relay mission. More than 1,200 scientific publications have been based on MRO observations. Teams operating the two instruments named most often in research papers — the High Resolution Imaging Science Experiment (HiRISE) camera and the Compact Reconnaissance Imaging Spectrometer for Mars (CRISM) mineral-mapper — are dealing with challenges but are ready to continue providing valuable observations.

For example, some HiRISE images taken in 2017 and early 2018 show slight blurring not seen earlier in the mission. The cause is under investigation. The percentage of full-resolution images with blurring peaked at 70 percent last October, at about the time when Mars was at the point in its orbit farthest from the Sun. The percentage has since declined to less than 20 percent. Even before the first blurred images were seen, observations with HiRISE commonly used a technique that covers more ground area at half the resolution. This still provides higher resolution than any other camera orbiting Mars — about 2 feet (60 centimeters) per pixel — and little blurring has appeared in the resulting images… [More at link]