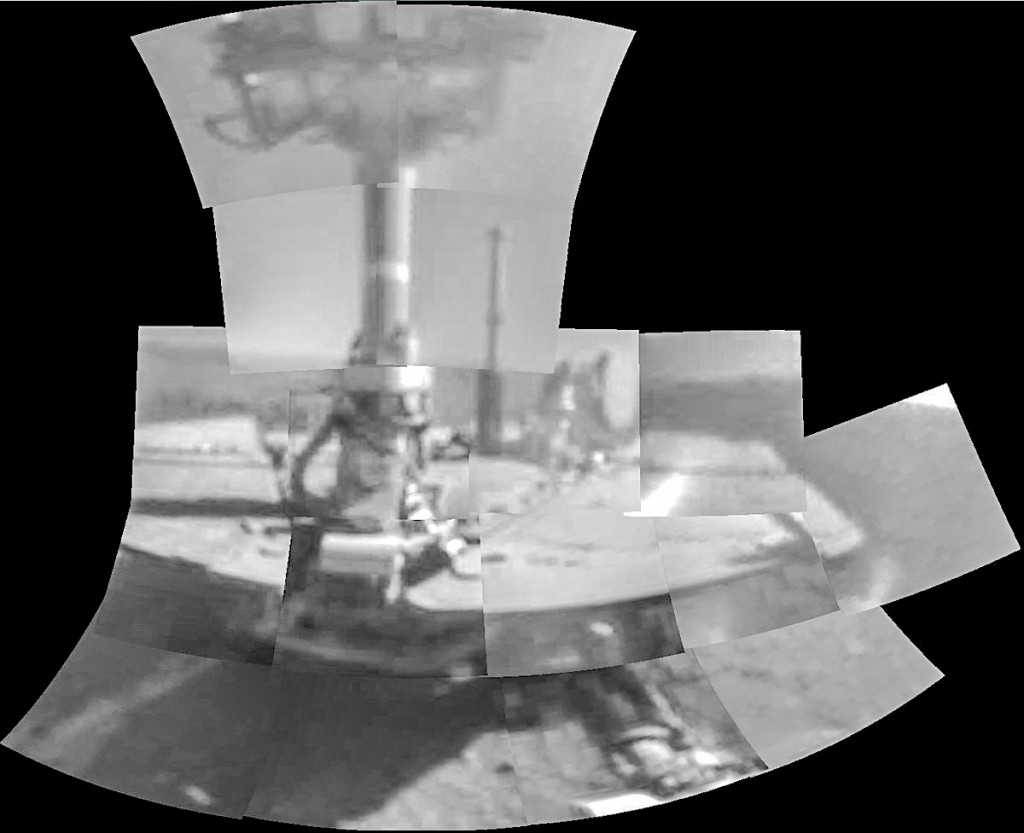 Planetary Science Institute Senior Scientist R. Aileen Yingst was in the driver’s seat Feb. 15 directing the science activities for NASA’s Opportunity Rover as it spent its 5,000th day exploring the Martian surface. Yingst served as Science Operations Working Group chairperson running the group that decided what the rover did that sol, or Martian day.

The rover’s mission has far exceeded the 90 sols for which it was initially scheduled when it landed on Mars Jan. 25, 2004. A Martian “sol” lasts about 40 minutes longer than an Earth day, and a Martian year lasts nearly two Earth years.

Yingst said she never imagined the rover would continue to function this long. “Absolutely not, but not because I lacked faith in the engineering. Simply put, rocket science is difficult and risky; Principal Investigator Steve Squyres compared working on a rover to doing geology with a sniper over your shoulder,” she said.

“There’s no landed mission that compare to NASA’s Mars Exploration Rover program’s longevity and resilience, and that’s due to the people who work so hard and give up their weekends and off-hours to solve the insolvable and work around the unworkable,” said Yingst, who has worked on MER since 2006. [More at link]