Many bedrock plains are clastic rocks, not lavas 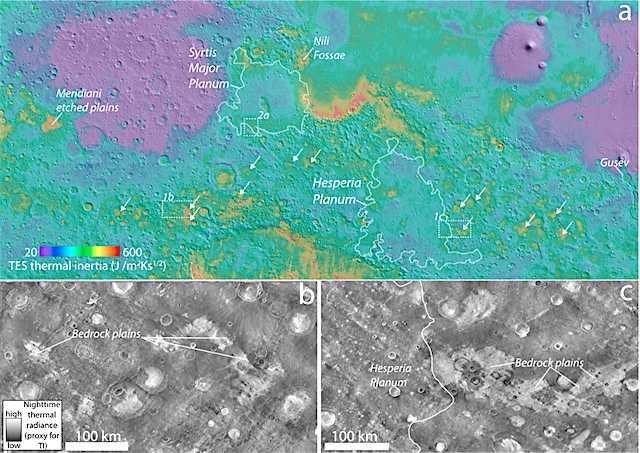 The Martian surface is dominated by loose dust, sands, and rocks, but high spatial resolution imaging has permitted the detection of numerous flat-lying exposures of ancient, intact bedrock. These “bedrock plains” have previously been interpreted as lava sequences, perhaps similar to lava plains found in the dark parts of the lunar nearside. Here we [Rogers, et al.] show evidence [in Geophysical Research Letters] that bedrock plains may instead be composed of sedimentary rocks, airfall volcanic ash, or impact-generated airfall materials.

Bedrock plains are found at all of the proposed landing sites for the upcoming Mars2020 rover; nonlava origins of these rocks should be considered. Direct analysis of these rocks will provide insight into the origin(s) of these globally important materials. [More at link]