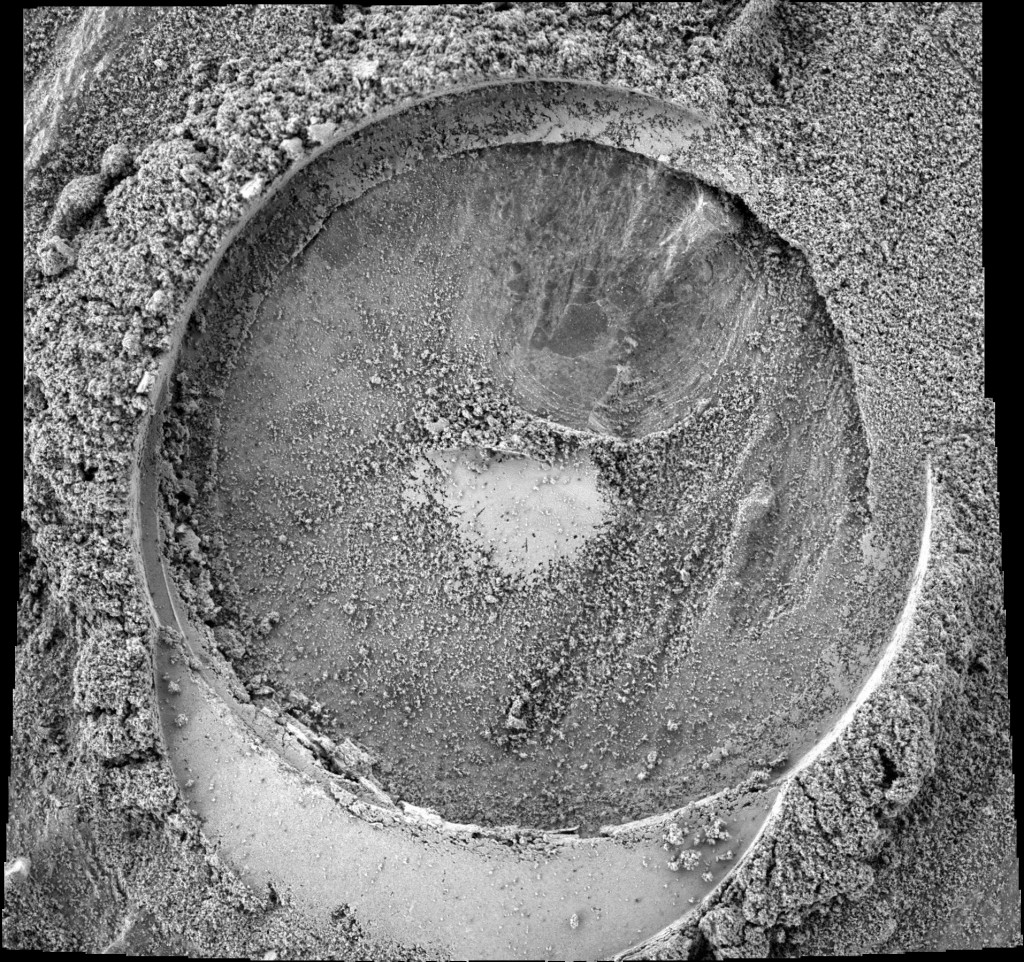 Sol 5028, March 17, 2018. After brushing the target named Aguas Calientes, mission scientists commanded the Rock Abrasion Tool (RAT) to grind a shallow hole 2 millimeters (about 0.1 inch) into the rock. Then the Microscopic Imager shot the four frames that make up its usual 2×2 composite image, seen above. Click the image to enlarge it. (For comparison, here’s the target area on the rock as it was before the RAT brushed it and after.)