‘Marsquakes’ could shake up planetary science 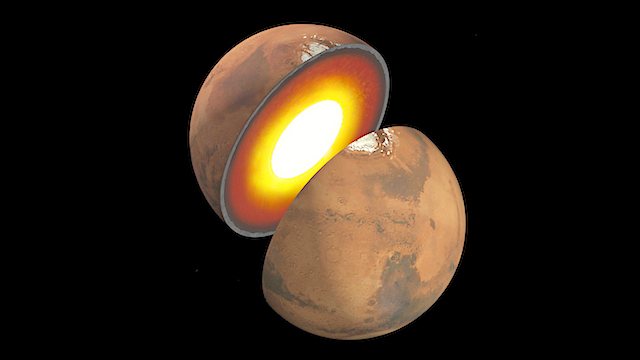 Starting next year, scientists will get their first look deep below the surface of Mars. That’s when NASA will send the first robotic lander dedicated to exploring the planet’s subsurface. InSight, which stands for Interior Exploration using Seismic Investigations, will study marsquakes to learn about the Martian crust, mantle and core.

Doing so could help answer a big question: how are planets born?

Seismology, the study of quakes, has already revealed some of the answers here on Earth, said Bruce Banerdt, Insight’s principal investigator at NASA’s Jet Propulsion Laboratory, Pasadena, California. But Earth has been churning its geologic record for billions of years, hiding its most ancient history. Mars, at half the size of Earth, churns far less: it’s a fossil planet, preserving the history of its early birth.

“During formation, this ball of featureless rock metamorphosed into a diverse and fascinating planet, almost like caterpillar to a butterfly,” Banerdt said. “We want to use seismology to learn why Mars formed the way it did, and how planets take shape in general.” [More at link]