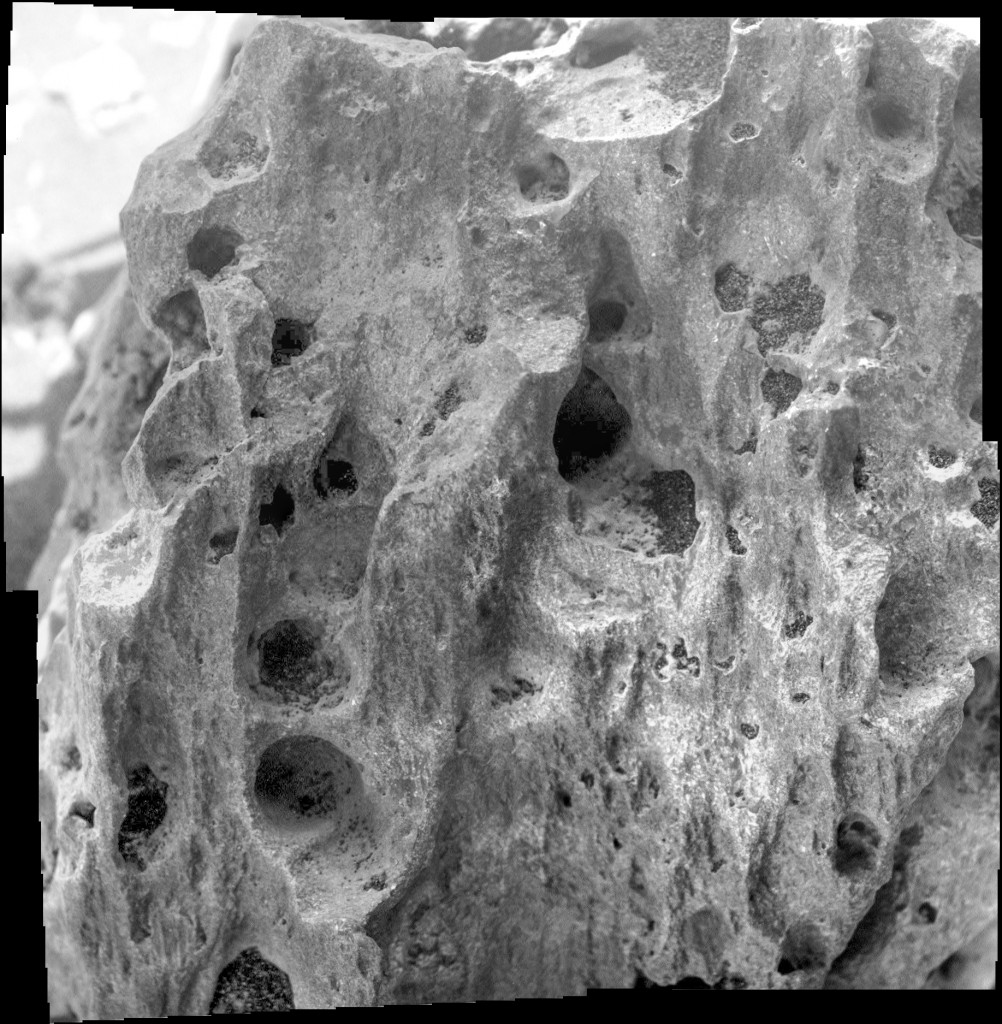 If this were a piece of basalt on Earth, it would tell geologists that the lava was rich in gas, which formed bubbles in the molten rock as it erupted at the surface and quickly cooled. But this is Mars, and perhaps the outcrop is telling a different story. Opportunity’s science team is on it. Click the image to enlarge it.

A general view of the San Juan Pueblo outcrop is here, along with a false-color Pancam composite.