Curiosity update: Communication back to normal 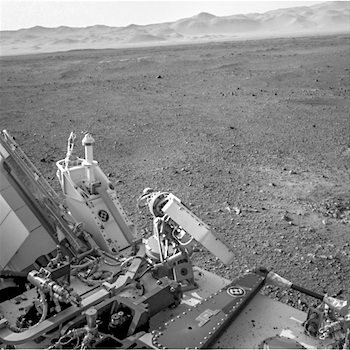 Sol 2080, June 12, 2018, update by MSL scientist Roger Wiens: On Earth we have multiple means of communication – cell phone, text messages, land line, e-mail, and good old snail mail. On Mars the rover basically has three – a UHF antenna that communicates with satellites orbiting Mars, a low-gain antenna (LGA) that does not need to be pointed but only handles a low data flow, and a high-gain antenna (HGA) that requires accurate knowledge of Earth’s position to receive or send commands directly. The two antennae on the left side of the rover are shown in the image above, taken early in the mission. The LGA is the pointy object near the left, and the HGA is the paddle-shaped object near the center of the image. The UHF antenna (not shown) is a can-shaped object on the back right side of the rover. Over the weekend the HGA was left unavailable to receive commands due to an error during a test, so the team had to do the next best thing yestersol, skipping most of the normal… [More at link]