Curiosity update: Back towards Stranraer 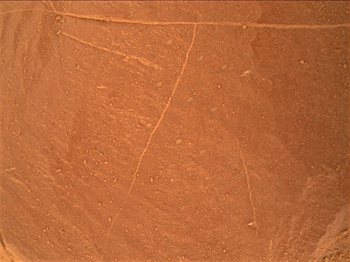 Sol 2108, July 11, 2018, update by MSL scientist Roger Wiens: After being out of commission for over a year, Curiosity’s drill is making not just a comeback, but a strong one, with imminent plans for a second drill hole within the span of 60 sols. The rover is heading back to a place it visited on Sol 2005, looking to drill near target Stranraer. Curiosity has just been climbing back up Vera Rubin Ridge from drill target Duluth, which was drilled on Sol 2057 at the base of the ridge. If the rover succeeds with another drill target within the next few sols, it will be quite a rapid turn-around. Previous instances when drill holes were made within rapid succession include the combination of Mojave and Telegraph Peak (sols 882 and 908) at Pahrump; the trio of Lubango, Okoruso, and Oudam on Naukluft Plateau between sols 1320 and 1361; and Quela and Sebina between sols 1464 and 1495…. [More at link]