HST images dusty Mars (and Phobos and Deimos) at opposition 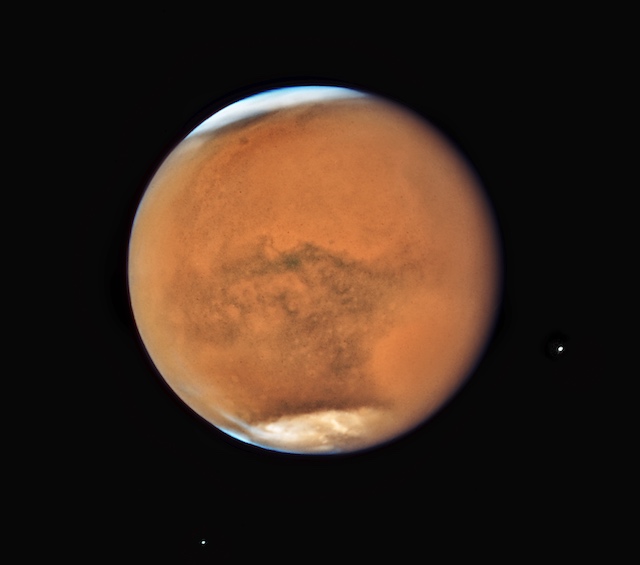 With both Saturn and Mars coming to opposition — lying directly opposite the Sun in the sky — this summer, scientists used the Hubble Space Telescope to image both planets. But unlike the previous opposition, Mars is experiencing a planet-wide dust storm which has heavily obscured its surface.

Hubble shot its portrait of Mars on 18 July, just 13 days before Mars reached its closest approach to Earth. (The moon Phobos lies to the right of Mars, while Deimos is below and to the left of the planet.)

This year Mars will get as close as 57.6 million kilometres [35.8 million miles] from Earth. This makes it the closest approach since 2003, when the red planet made its way closer to us than at any other time in almost 60,000 years.

(…) Still visible are the white polar caps, Terra Meridiani, the Schiaparelli Crater, and Hellas Basin — but all of these features are slightly blurred by the dust in the atmosphere. [More at link]