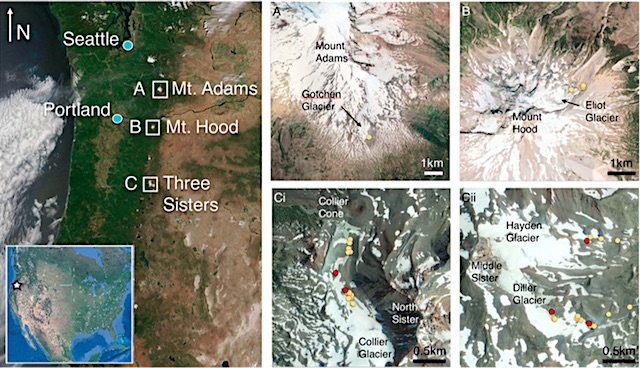 The planet Mars has glaciers and ice sheets on its surface and probably did in the past. Minerals on the planet’s surface form in the presence of water, but it is unclear which minerals may have formed due to liquid water under warm climates versus those formed under much colder climates.

We propose that glaciers alter volcanic bedrock by dissolving and precipitating noncrystalline silica. Silica detected on the surface of Mars could have formed due to similar processes. [More at link]

This entry was posted in Reports and tagged amorphous silica, silica, weathering. Bookmark the permalink.