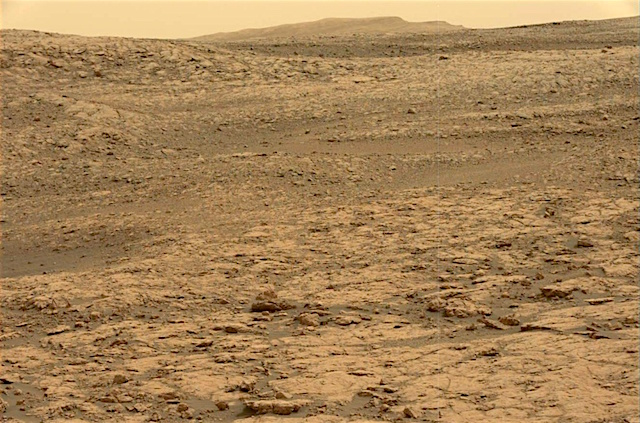 Sols 2159-62, September 3, 2018, update by MSL scientist Dawn Sumner: Curiosity’s plan for the weekend is extra large – 4 sols and almost 3 gigabits of data! We planned 4 sols due to the Labor Day weekend, and the hefty data volume is courtesy of extra downlink from two special orbiters. Curiosity sends her data back to Earth through various orbiters around Mars. Usually, we use the Mars Reconnaissance Orbiter (MRO) and Mars Odyssey (ODY) to transmit our data, and we get an average of 500 megabits of data per sol. (Note that 8 bits = 1 byte, so our average bandwidth is about 60 megabytes of data per sol. In contrast, DSL bandwidths are ~10 megabytes per second, so we get about 6 seconds worth of internet per sol!)

Recently, we have been getting lots of extra downlink. NASA’s InSight mission will land in November, and MRO will be dedicated to relaying InSight data for its prime mission. Curiosity will shift to downlinking data through NASA’s Mars Atmosphere and Volatile Evolution (MAVEN) orbiter and the European Space Agency’s Trace Gas Orbiter (TGO). In preparation, we have been downlinking extra data using MAVEN and TGO. This has allowed us to downlink a backlog of images. In today’s plan, we were able to take some large multispectral mosaics to fill an extra ~2 gigabits of downlink we expect next week. That’s an extra 4 sols worth of bits! [More at link]