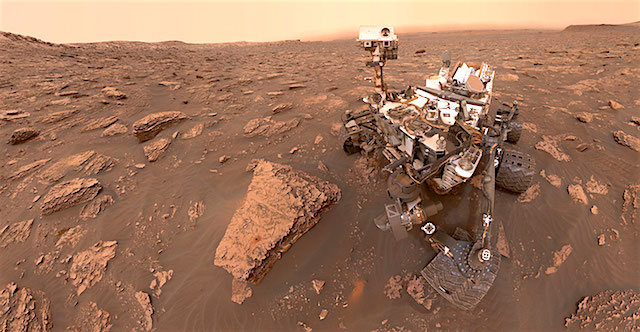 Engineers at NASA’s Jet Propulsion Laboratory in Pasadena, California, this week commanded the agency’s Curiosity rover to switch to its second computer. The switch will enable engineers to do a detailed diagnosis of a technical issue that has prevented the rover’s active computer from storing science and some key engineering data since Sept. 15.

Like many NASA spacecraft, Curiosity was designed with two, redundant computers — in this case, referred to as a Side-A and a Side-B computer — so that it can continue operations if one experiences a glitch. After reviewing several options, JPL engineers recommended that the rover switch from Side B to Side A, the computer the rover used initially after landing.

The rover continues to send limited engineering data stored in short-term memory when it connects to a relay orbiter. It is otherwise healthy and receiving commands. But whatever is preventing Curiosity from storing science data in long-term memory is also preventing the storage of the rover’s event records, a journal of all its actions that engineers need in order to make a diagnosis. The computer swap will allow data and event records to be stored on the Side-A computer… [More at link]