InSight: Five things to know about its landing 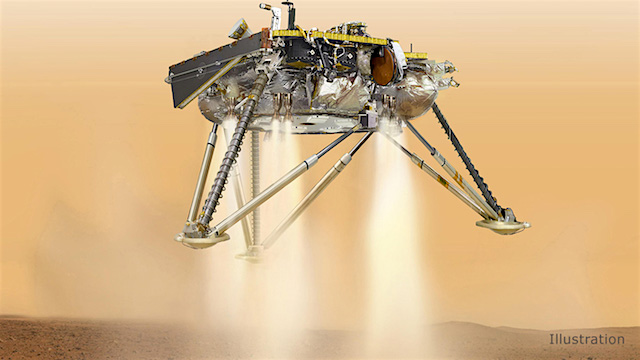 Every Mars landing is a knuckle-whitening feat of engineering. But each attempt has its own quirks based on where a spacecraft is going and what kind of science the mission intends to gather.  On Nov. 26, NASA will try to safely set a new spacecraft on Mars. InSight is a lander dedicated to studying the deep interior of the planet – the first mission ever to do so.

Here are a few things to know about InSight’s landing.

Landing on Mars is hard

Only about 40 percent of the missions ever sent to Mars – by any space agency – have been successful. The U.S. is the only nation whose missions have survived a Mars landing. The thin atmosphere – just 1 percent of Earth’s – means that there’s little friction to slow down a spacecraft.

Despite that, NASA has had a long and successful track record at Mars. Since 1965, it has flown by, orbited, landed on and roved across the surface of the Red Planet…. [More at link, including a press kit outlining the landing operations and initial science operations, here]