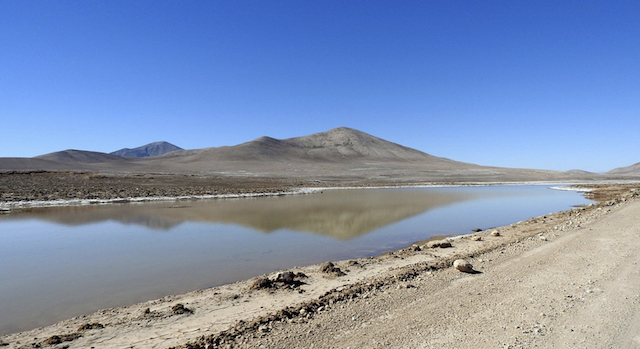 When rains fell on the arid Atacama Desert, it was reasonable to expect floral blooms to follow. Instead, the water brought death.

An international team of planetary astrobiologists has found that after encountering never-before-seen rainfall three years ago at the arid core of Chile’s Atacama Desert, the heavy precipitation wiped out most of the microbes that had lived there.

“When the rains came to the Atacama, we were hoping for majestic blooms and deserts springing to life. Instead, we learned the contrary, as we found that rain in the hyperarid core of the Atacama Desert caused a massive extinction of most of the indigenous microbial species there,” said co-author Alberto Fairen, Cornell visiting astrobiologist, on new research published in Nature Scientific Reports.

“The hyperdry soils before the rains were inhabited by up to 16 different, ancient microbe species. After it rained, there were only two to four microbe species found in the lagoons,” said Fairen, who is also a researcher with the Centro de Astrobiología, Madrid. “The extinction event was massive.” [More at links]