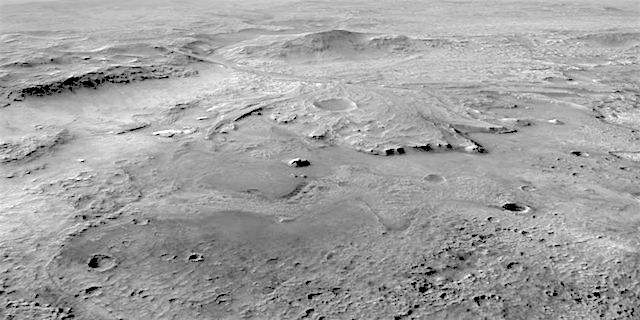 [From Emily Lakdawalla’s blog at the Planetary Society]

NASA announced [November 19] the selection of Jezero crater for the landing site of the Mars 2020 mission. Mars 2020’s launch period opens 19 July 2019, and landing will happen on 18 February 2021 regardless of the launch date. (“It’s a Thursday!” landing team lead Allen Chen said during today’s press briefing.)

Jezero — which is named after a town in Bosnia and Herzegovina is a 45-kilometer-wide crater that once held a lake. It is correctly pronounced something like “YEH-zuh-doh,” though mission team members typically pronounce it “DZEH-zuh-row.” (Many thanks to Katherine Sredl for recording the correct pronunciation for me.) Jezero contains a spectacular preserved river delta, which will be the focus of the rover’s primary mission. At Jezero, Mars 2020’s goal will be “to explore the history of water and chemistry in an ancient crater lake basin and associated river-delta environments to probe early Martian climates and search for life,” according to a mission overview for Jezero (PDF) by team members Sanjeev Gupta and Briony Horgan… [More at link]