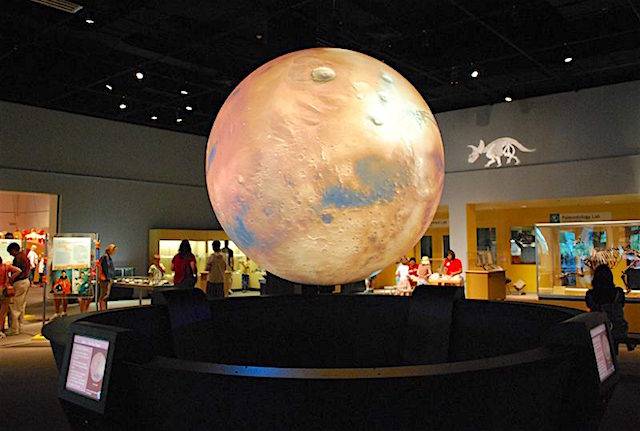 For a cold little planet, Mars remains a hot topic: The general public wants to know more about this alien world and hear from the scientists who study it. Recent findings that highlight tantalizing clues to Mars’s wetter past have piqued this interest still further.

For example, because Mars lacks a global magnetic field, the planet has lost much of its ancient, thicker atmosphere, and much of its carbon dioxide has been lost to space. How habitable was the Red Planet, and what does its history tell us about habitability of other alien worlds?

The public engagement team for NASA’s Mars Atmosphere and Volatile Evolution (MAVEN) mission has developed a series of resources that use current findings from this mission to engage nonscientists in the world of Mars research. These resources have been used successfully by formal and informal educators, museum docents, and planetarium guides to captivate their respective audiences and connect them to a variety of Mars-related science topics.

Scientists can adopt and extend many of these resources to reach another set of potential Mars science enthusiasts. To help, we offer four tips to guide other groups in fully utilizing the rich outreach efforts of MAVEN… [More at link]