Curiosity update: We have sample! 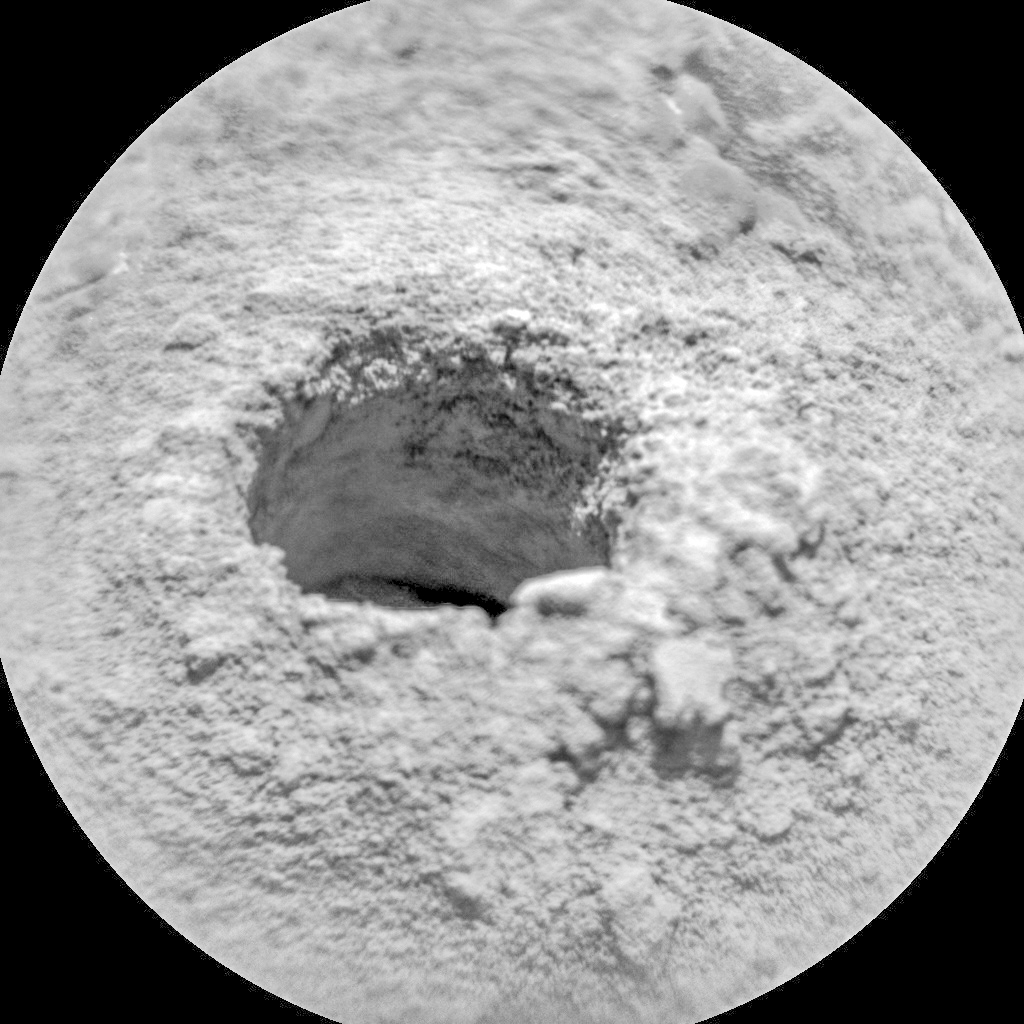 Sol 2263, December 18, 2018, update by MSL scientist Dawn Sumner: At the end of last week, the team made the call to drill the rock “Rock Hall,” and Curiosity had no problems drilling the target. The science team had been worried that this rock type, red Jura, might be particularly hard based on the observation that it commonly caps the highs on Vera Rubin Ridge. However, the drill reached its full commanded depth on our first attempt, and we are celebrating!

Today, the team planned a portioning test to make sure that there is sample powder in the drill and that it comes out in reliable volumes when Curiosity shakes its arm. This is the next step before delivering sample to the CheMin instrument for mineralogical analysis. The rover planners included an extra portioning activity consisting of sample delivery to one of SAM’s sample inlets with the cover closed. Based on prior SAM data… [More at link]