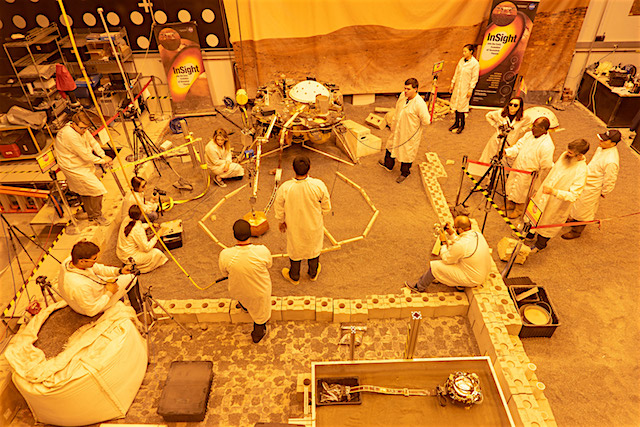 NASA’s InSight lander is due to set its first science instrument on Mars in the coming days. But engineers here on Earth already saw it happen — last week.

Like NASA’s Curiosity rover, InSight has a full-scale working model at the agency’s Jet Propulsion Laboratory in Pasadena, California. This sister lander, aptly named ForeSight, lets the team test all operations before they happen on Mars.

To practice how InSight will place its instruments, JPL engineers built a Martian rock garden modeled on images from the spacecraft’s cameras. The team raked, shoveled and patted down a bed of crushed garnet intended to simulate Martian sand. They call the shaping of this gravel-like material “Marsforming.” [More at link]