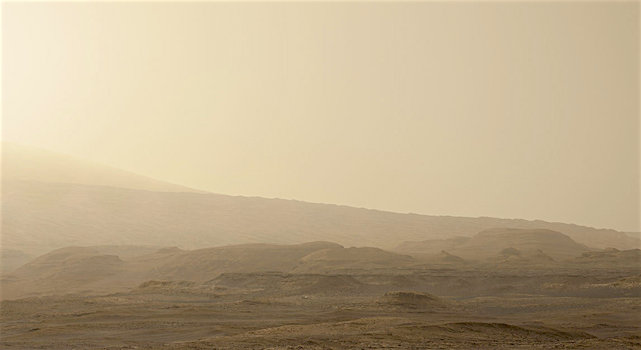 Two thousand, three hundred and two Martian days. That is how long it took from landing day for Curiosity to reach the “clay-bearing unit.” The clay-bearing unit is a region at the base of Mount Sharp where Mars Reconnaissance Orbiter spotted unmistakable signs of a potentially habitable ancient environment, clinching the choice of Gale as Curiosity’s landing site. It’s the green stripe on this map, which was instrumental in the selection of Gale as a landing site.

Of course, Curiosity has discovered lots and lots of evidence for ancient habitable environments in Gale — not to mention plenty of clay — on its way to the clay-bearing unit. But it’s a relief to finally get to the place that the team has been looking forward to for so long. On the map below, Curiosity crossed into the clay-bearing unit at the little square at sol 2302.

In this update, I’ll discuss Curiosity’s final work on the top of Vera Rubin Ridge, walk through the plans for the clay-bearing unit campaign, and provide brief updates on a regional dust event and progress on the recovery from the B-side computer anomaly. I’ll briefly mention some of the science that’s come out in the recently released 2019 Lunar and Planetary Science Conference (LPSC) abstracts — if you can’t get enough Curiosity science (or any other planetary science, for that matter), you’ll find lots and lots of great stuff in those abstracts! Thanks as usual to project scientist Ashwin Vasavada for filling me in on the details of operations over the last 2 months. [More at link]