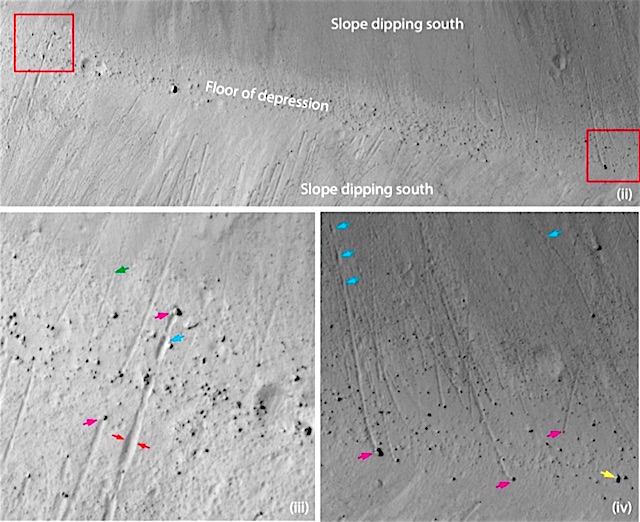 [Editor’s note: From a paper by Jason Brown and Gerald Roberts co-authors recently published in the Journal of Geophysical Research.]

The area we studied showed that there are coincident maxima in boulder trail density and boulder trail widths along the strike of the faults in Grjota Valles, Mars. We also saw that the boulder count values decrease away from the locations of most boulder trails.

Our results show us that geographically coincident maxima in boulder trail density per km and boulder trail widths along the fault exist. This suggests that a plausible mechanism to mobilize such populations of boulders is through seismic shaking associated with palaeomarsquakes. Our results point to this possibility because boulders mobilized by seismic shaking display a particular pattern: the number of boulder falls and boulder sizes decrease away from the epicenter.

Such research suggests that marsquakes not only occurred on Mars, but maybe occurred in the recent past, too. With the InSight mission now on Mars, its seismometer may well pick up seismic vibrations. [More at link]