Opportunity’s mission comes to an end 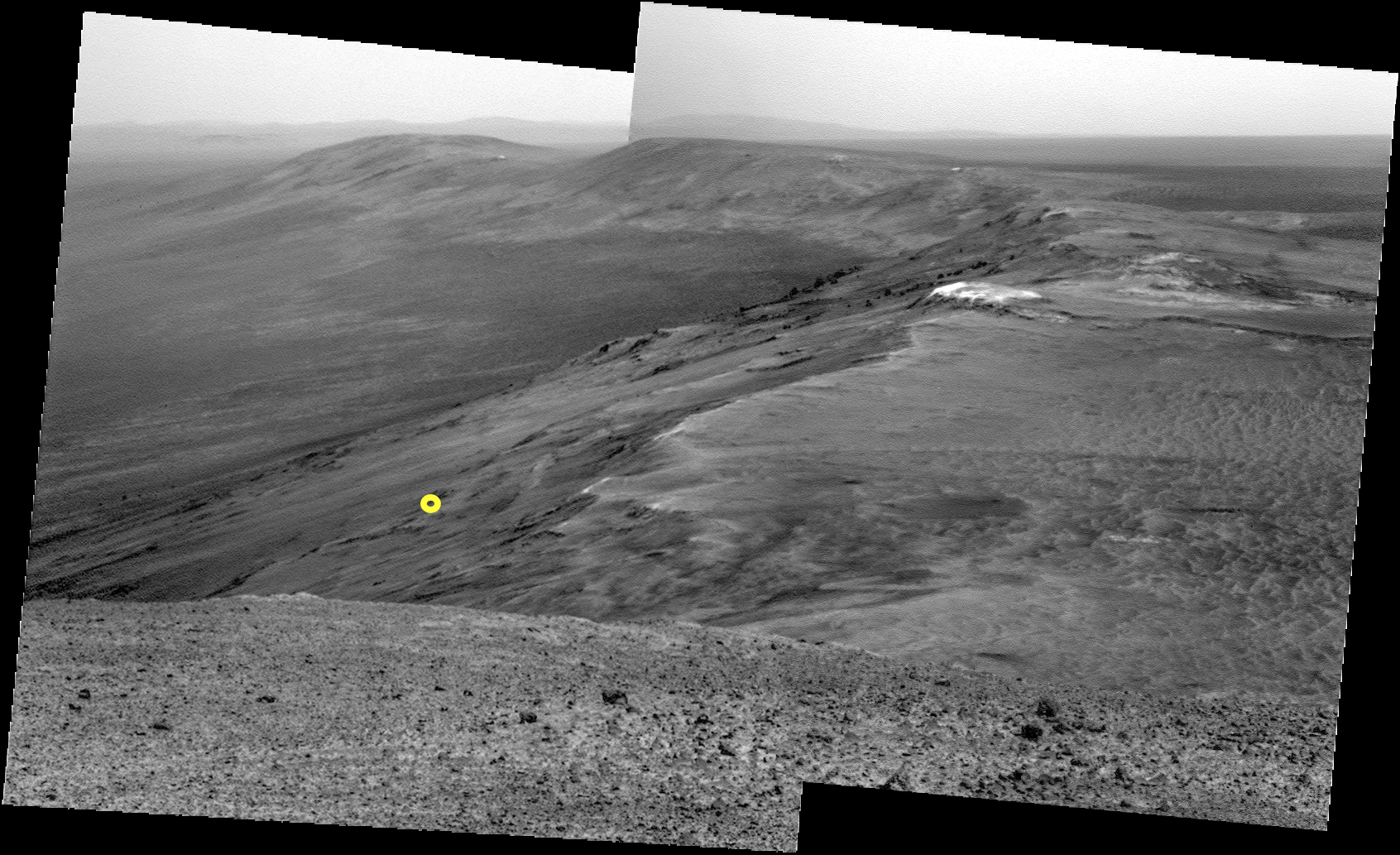 [Ed. note: videos of NASA’s briefing and a commemoration of Opportunity’s mission are here and here.]

One of the most successful and enduring feats of interplanetary exploration, NASA’s Opportunity rover mission is at an end after almost 15 years exploring the surface of Mars and helping lay the groundwork for NASA’s return to the Red Planet.

The Opportunity rover stopped communicating with Earth when a severe Mars-wide dust storm blanketed its location in June 2018. After more than a thousand commands to restore contact, engineers in the Space Flight Operations Facility at NASA’s Jet Propulsion Laboratory (JPL) made their last attempt to revive Opportunity Tuesday, to no avail. The solar-powered rover’s final communication was received June 10.

“It is because of trailblazing missions such as Opportunity that there will come a day when our brave astronauts walk on the surface of Mars,” said NASA Administrator Jim Bridenstine. “And when that day arrives, some portion of that first footprint will be owned by the men and women of Opportunity, and a little rover that defied the odds and did so much in the name of exploration.” [More at link]