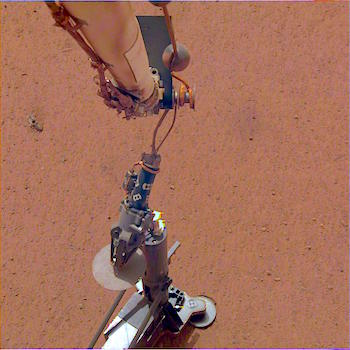 NASA’s Mars InSight lander has a probe designed to dig up to 16 feet (5 meters) below the surface and measure heat coming from inside the planet. After beginning to hammer itself into the soil on Thursday, Feb. 28, the 16-inch- long (40-centimeter-long) probe — part of an instrument called the Heat and Physical Properties Package, or HP3 — got about three-fourths of the way out of its housing structure before stopping. No significant progress was seen after a second bout of hammering on Saturday, March 2. Data suggests the probe, known as a “mole,” is at a 15-degree tilt.

Scientists suspect it hit a rock or some gravel. The team had hoped there would be relatively few rocks below ground, given how few appear on the surface beside the lander. Even so, the mole was designed to push small rocks aside or wend its way around them. The instrument, which was provided for InSight by the German Aerospace Center (DLR), did so repeatedly during testing before InSight launched.

“The team has decided to pause the hammering for now to allow the situation to be analyzed more closely and jointly come up with strategies for overcoming the obstacle,” HP3Principal Investigator Tilman Spohn of DLR wrote in a blog post. He added that the team wants to hold off from further hammering for about two weeks… [More at link] 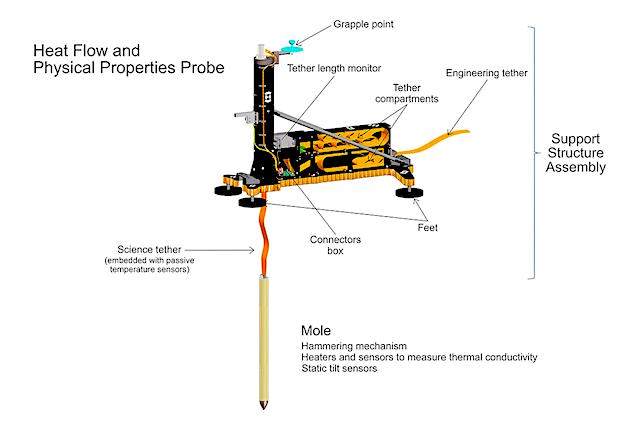