Curious surface features, water-formed minerals, 3D stereo views, and even a sighting of the InSight lander showcase the impressive range of imaging capabilities of the ExoMars Trace Gas Orbiter.

The ESA-Roscosmos Trace Gas Orbiter, or TGO, launched three years ago today, on 14 March 2016. It arrived at Mars on 19 October that year, and spent over a year demonstrating the aerobraking technique needed to reach its science orbit, starting its prime mission at the end of April 2018.

Amongst a new showcase of images from the spacecraft’s Colour and Stereo Surface Imaging System, CaSSIS, is an image of NASA’s InSight lander – the first time a European instrument has identified a lander on the Red Planet.

Insight arrived on Mars on 26 November 2018 to study the interior of the planet. Images of the lander have already been returned by NASA’s Mars Reconnaissance Orbiter; these are the first images from TGO… [More at link] 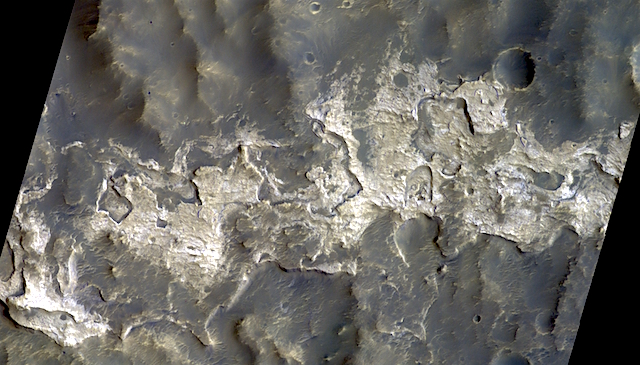