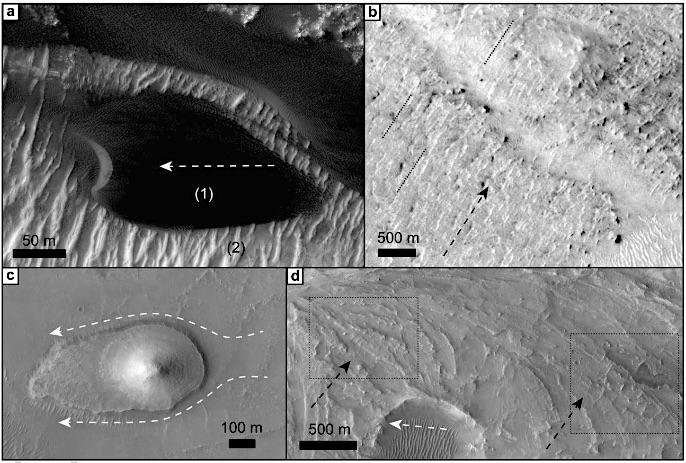 • Modern winds in Jezero crater come from the east, but ancient winds came from the southwest
• Southwesterly winds caused significant erosion and likely removed much of the delta deposit
• Wind streaks indicate that modern winds vary by less than ten degrees around the westward mean with no seasonal trends

Jezero crater on Mars will be the landing site for the Mars 2020 rover. Jezero crater is known for being an ancient lakebed and for having a well‐preserved delta in the crater. Jezero crater has also been exposed to high winds which left behind dunes and other evidence of windiness.

In this work, we focus on the wind‐generated parts of Jezero crater and use the geology to understand the winds. Based on the geology, winds in Jezero crater blow from east to west, but used to blow from the southwest. These older winds were likely responsible for most of the erosion in the crater, because erosion would have been easier when the lake first dried up. [More at link]