2020 rover has landed in Jezero Crater again and again 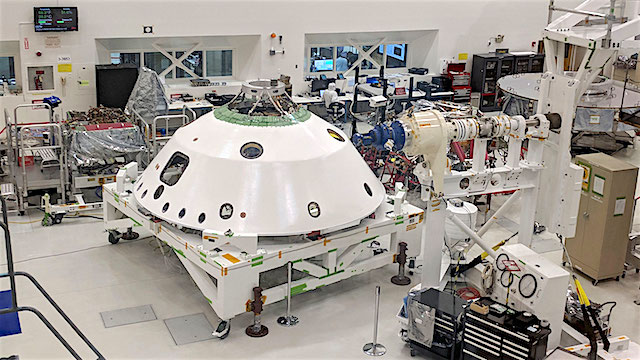 In a little more than seven minutes in the early afternoon of Feb. 18, 2021, NASA’s Mars 2020 rover will execute about 27,000 actions and calculations as it speeds through the hazardous transition from the edge of space to Mars’ Jezero Crater. While that will be the first time the wheels of the 2,314-pound (1,050-kilogram) rover touch the Red Planet, the vehicle’s network of processors, sensors and transmitters will, by then, have successfully simulated touchdown at Jezero many times before.

Bottom was the test lead for Systems Test 1, or ST1, the Mars 2020 engineering team’s first opportunity to take the major components of the Mars 2020 mission for a test drive. Over two weeks in January, Bottom and 71 other engineers and technicians assigned to the 2020 mission took over the High Bay 1 cleanroom in JPL’s Spacecraft Assembly Facility to put the software and electrical systems aboard the mission’s cruise, entry capsule, descent stage and rover through their paces.

“ST1 was a massive undertaking,” said Bottom. “It was our first chance to exercise the flight software we will fly on 2020 with the actual spacecraft components that will be heading to Mars – and make sure they not only operate as expected, but also interact with each other as expected.” [More at link]