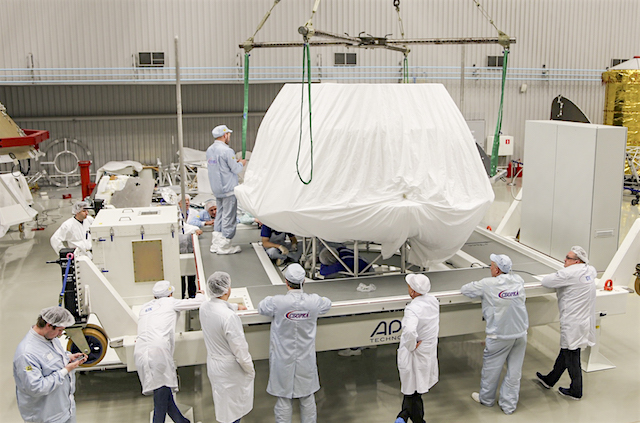 The platform destined to land on the Red Planet as part of the next ExoMars mission has arrived in Europe for final assembly and testing – and been given a name.

An announcement was made by the Russian State Space Corporation Roscosmos of its new name: ‘Kazachok’.

The ExoMars programme is a joint endeavour between ESA and Roscosmos and comprises two missions. The Trace Gas Orbiter is already circling Mars examining the planet’s atmosphere, while the second mission – comprising a surface science platform and a rover – is foreseen for launch in 2020.

Last month, the rover was named ‘Rosalind Franklin’ after the prominent scientist behind the discovery of the structure of DNA. Now the surface platform also has a name. Kazachock literally means little Cossack, and it is a lively folk dance.

Once on the martian surface, Rosalind the rover will drive off the Kazachok platform to perform scientific investigations. Kazachok will remain stationary to investigate the climate, atmosphere, radiation and possible presence of subsurface water in the landing site… [More at link]