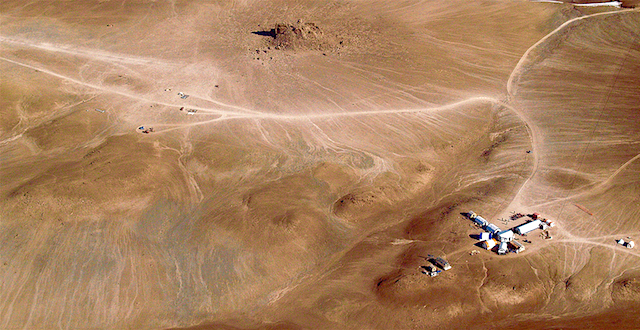 A crewed mission to Mars might be a long way off, but researchers are busy preparing, nonetheless. One of the best ways to prepare is by training scientists and testing new technologies in some of the most Mars-like locations on Earth, simulating the experience as much as possible.

On March 25, 2019, the Mars Institute and the SETI Institute jointly announced a new partnership between Google and NASA’s Haughton-Mars Project (HMP) to further the goal of human Mars exploration and the public’s understanding of it. Their focus is Devon Island in Nunavut, Canada, in the Arctic. Devon Island is one of the most Mars-like places that can be found on Earth and the single largest continuous area of barren rocky polar desert on Earth.

The announcement was accompanied by the release of new public outreach products including Street View imagery; a Google Earth guided tour highlighting the Mars-like geology of Devon Island (Chrome browser needed); and a documentary short captured at NASA’s Haughton-Mars Project with a Google Pixel 3. Want an example? Highlights from Google Street View include… [More at link]