Mars 2020 drops in on Death Valley 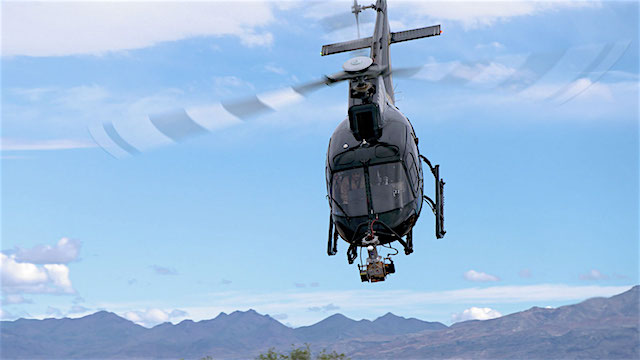 On a test flight in Death Valley, California, an Airbus helicopter carried an engineering model of the Lander Vision System (LVS) that will help guide NASA’s next Mars mission to a safe touchdown on the Red Planet. During the flight – one in a series — the helicopter (which is not part of the mission and was used just for testing) and its two-person crew flew a pre-planned sequence of maneuvers while LVS collected and analyzed imagery of the barren, mountainous terrain below.

LVS is an integral part of a guidance system called Terrain-Relative Navigation (TRN) that will steer NASA’s Mars 2020 rover away from hazardous areas during its final descent to Jezero Crater on Feb. 18, 2021.

Mars 2020 will be the first spacecraft in the history of planetary exploration with the ability to accurately retarget its point of touchdown during the landing sequence. Also among the firsts of the mission, the 2020 rover carries a sample-caching system that will collect samples of Martian rock and soil and store them on the surface of the planet for retrieval and return to Earth by subsequent missions. [More at link]